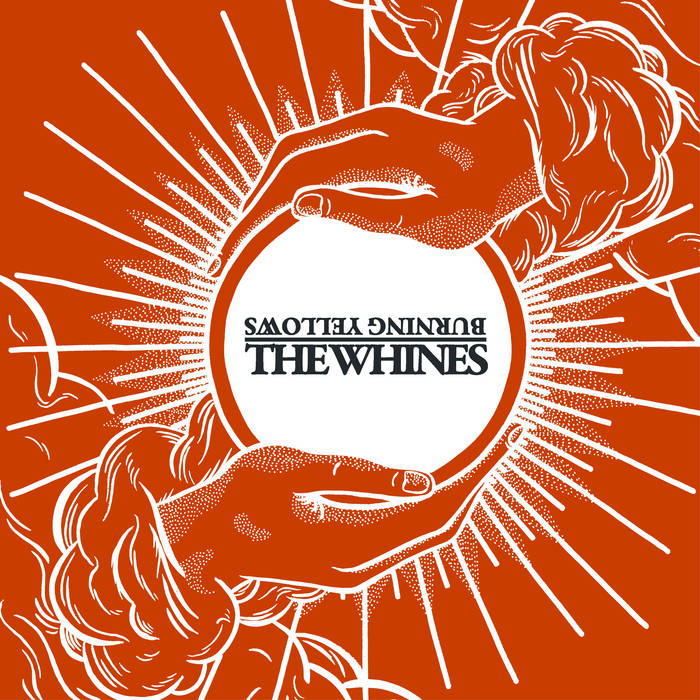 Palmist is delighted to present 12PALM05, which features friends Burning Yellows and The Whines, two bands to emerge from the same rich Portland scene that has produced the likes of Eat Skull and Psychedelic Horseshit. A record that brings together two diverse acts in terms is unified by a distinct garage aesthetic and inherent sense of melody.

They appeared to the masses officially when Todd Novak, famed tastemaker and head of HoZac records, tapped them for their first release on his own HoZac Records in early 2010. Since then the band has been seen several line up changes, including members of The Whines and even a tour with Hart of The Hunches on drums. They have now settled into a their messy rats nest of a trio for their upcoming release on Palmist Records and subsequent tour of Europe in September of 2011.

To describe Burning Yellows musically I’ll borrow from Maximum Rock n Roll, “When I first listened to this I got a case of Dum Dum Girls, but soon realized that it pertained more to the gritty tuneful collapse of bands like Eat Skull and Psychedelic Horseshit… but the music is more deconstructed, one-note-at-a-time than reverential to early Creation Records sounds.” (LG)

Their side features the sparse instrumentation and bleating organ of “False Horizons”, whilst “Blanks” echos like a beach after a medical waste spill, and will satiate the gap left by the year without Burning Yellows. Angry sleeper “MidWaste” is an autobiographical story of getting thrown in jail in mid tour for a couple months earlier this year…Complete with samples of a collect phone call from the stay behind bars.

The Whines are a three piece from Portland, formed of Karianne Oudman on bass and vocals, Jesse Gandy on guuitar and Bobby Elam on drums. Their sound blends scuzzy garage psych, 60’s rock’n'roll, grunge, and classic country amongst other influences, so it kind of fits that their fantastic hidden gem of a debut record ‘Hell to Play’ was “recorded by six different sets of ears in four different settings”. These sets of ears included two members of the awesome Eat Skull and one member of the sadly defunct Meth Teeth.

Despite again recording their songs for this record in different locations (some were home-recorded, Zacharay King of Burning Yellows took charge of the mixing desk on a few, whilst ‘About The Sun’ was recorded by the legendary figure behind Ju Suk Reet Meate, Rick Stewart at Smegma’s Studios in Portland) the side eschews the mixtape aesthetic of ‘Hell to Play’ in favour of defining The Whines’ mystical sound. Despite this, the band remain as unpredictable as ever, veering from the focused jangly guitar pop of ‘Take Care of Yourself’, to the extended guitar jams that feature in ‘Belt Of Scalps’ and ‘How To Act’.